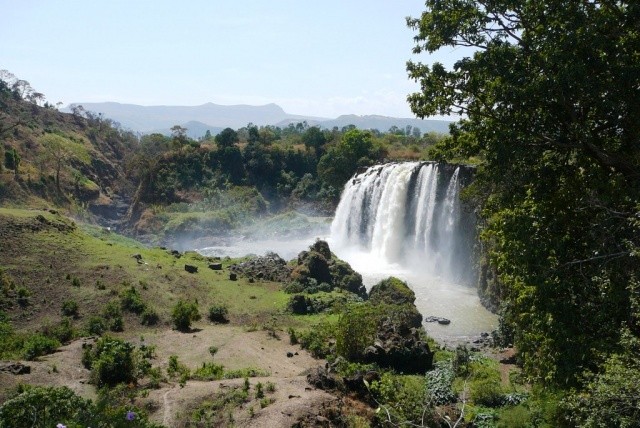 Blue Nile Falls.
We made an outing to the Blue Nile falls today at Tis Abay. I was prepared to be disappointed as the river had been dammed ... and it is also the dry season. While not of the proportions of the great waterfalls of the world, it was still impressive.

Unfortunately, we were very badly pestered by children selling their wares ... mainly scarves. I pride myself in having that disinterested look when it comes to shopping ... so it was a surprise that I should have been so bothered by them ... really unusual. To make it worse, there were other people making a nuisance of themselves, eg. trying to organise your return transport to Bahir Dar [Bahir-Dar-travel-guide-948982] by telling you to expect problems getting on the buses as it was a market day. Bollocks. I somewhat intentionally lost my cool for a change in order to get rid of them

Posted by alexchan 17:00 Archived in Ethiopia

Previous Next Table of contents

This blog requires you to be a logged in member of Travellerspoint to place comments.

If you aren't a member of Travellerspoint yet, you can join for free.